…AND WHERE THE HELL WAS BIGGLES…

“Right here, Right here!!” I rejoiced, on entering the World War section of the Museum of Flight, when my wife and I visited that museum in Seattle a year ago. My exuberance prompted a tolerant smile from her, and, I suppose, a faint hope in her that the other visitors wouldn’t pay much attention to a greybeard behaving like a schoolboy.

Since there are mixed contexts here, some backtracking would be in order.

In common with many other readers, I began my reading habit with books by Enid Blyton. (Why isn’t there a Nobel prize for Contribution to Childhood?) I soon expanded my reading lists to include a variety of ‘adventure’ books. The two series that captivated me for most of my years in middle and senior school were the Biggles books, by W. E. Johns, and the Hornblower books, by C. S. Forester.

What I loved about these books was that they were perfectly suited to my tendency to ‘live the adventure’ in a world of my own.

(This was something I believed I was unique in, until I came across Thurber’s Walter Mitty some years later, and, with that, the realisation that I was, almost certainly, only one among many. For the likes of us, intoxicants, psychotropic substances, even Second Life, hold no appeal at all, since we need nothing but a well written book to break free, to draw inspiration from, or as a creative base.)

But I digress. Back to the world of Biggles – full name: James Bigglesworth – the subject of this piece. (I’ll introduce you to Hornblower later sometime, in another post.) 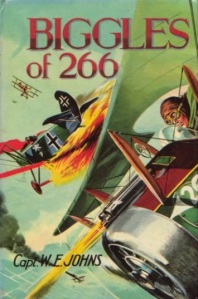 I’ll leave it to you to find out more about the author and the series (three cheers for Google and Wikipedia), and the stories themselves (read a couple of books). Suffice it to say that, filling his books (especially the WW I stories) with a wealth of simply explained detail, Johns seemed to know exactly what he was talking about. This made it very easy to ‘live the adventure’.

With these books my imagination took to the skies. I imagined the bumpy take-offs and landings on rough airfields, the freezing air at 10000 feet, the deafening sound of air-cooled rotary engines (my own and those of passing aircraft), the explosive chatter of machine guns, the pungent smell of lubricant, fuel and cordite, the boom of ground artillery aimed (vainly) at me as I flew overhead. I imagined dogfights involving (what I thought would be) climbs, dives, spins, loops, Immelmann turns. I imagined zeroing in on ‘kills’, and following the screaming and burning aircraft down to the ground in the hope that my adversaries would escape death or fatal injury. (Fantasy apart, I think those books helped me understand, at least in part, what the term ‘an officer and gentleman’ meant, and the values that it implied.) I imagined rough landings, even crashes, from which I walked away (sometimes hurt but always steady).

I grew familiar with colourful names like Red Baron and Flying Circus, and with the names of the iconic aircraft of the two WWs (the Bristols, Sopwiths, Nieuports, SPADs, Spitfires, Mustangs, Yaks as well as the Albatrosses, Fokkers, Focke Wulfs, Messerschmitts and Zeroes). I was a regular visitor to libraries, poring over atlases to pinpoint WW locations, and over encyclopedias to find pictures of WW aircraft and flying aces.

Simple line drawings of biplanes and Spitfires became my trademark doodles for a few years, and have, since, remained among my favourites.

And so, when we stepped into the WW section of that museum of flight, it seemed like a dream come true! They have restored specimens, and some full-scale replicas, of WW I and WW II aircraft, photographs, biographies of air aces, spoken and written accounts by some of them, black and white documentaries, and clips from aviation-based war movies. To complete the atmosphere, they have, playing in the background (as if at some distance in the skies above), recorded sounds of aircraft and dogfights. The icing on this cake is the SIMULATORS (in the form of mock fighter cockpits with controls, that face 72” screens) that, in simulated short flights, dogfights, aerobatic displays, even crash landings (!!) enable you to get the feel of flying and ‘being there’ – and how!!

In addition to all this there were, that day, about 15 primary school kids at the museum. In single file behind their teacher and with outstretched arms, they were all (including Teacher) enthusiastically pretending to be planes as they were led past the exhibits, miming banks, yaws, climbs and loops. Some were even giving him correct answers as to which moves by a pilot would result in which actions!

The place was a time machine!! I can’t describe it in any other way! In transporting me to the war years it also transported me to the fantasy world that I’d lived in as a boy.

Closing time was 5pm and we stayed until the museum security reminded us where the exits were. Needless to say, it was a wrench to leave.

(Before you move to the rest of this post, here are some photographs from that visit.) 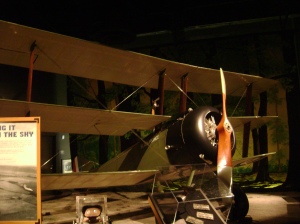 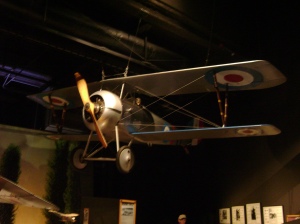 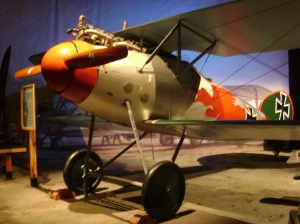 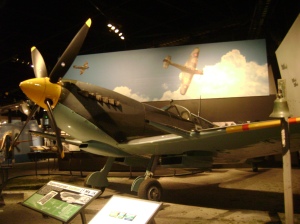 [[–     I know half the people on the planet are, or have been, fascinated by flying machines. Jefferson Airplane sang a song for all of us! It’s called ‘Planes’. Here’s a link to a video. (The visuals are just a collage. Listen to the lyrics!)  https://www.youtube.com/watch?v=L0gnnVcOLNc    –]]

So, this museum visit – a ‘nostalgia’ trip, would you say? I would say so too!

‘Nostalgia’, the Webster tells us, is ‘the pleasure and sadness that is caused by remembering something from the past and wishing that you could experience it again’. Some say that nostalgia is a temporary escape from reality, some that it results from the belief that one prefers the past to the present, some that it demonstrates one’s inability to relate to the present.

However, I have a particular perception of what that word encompasses. I don’t think any of those are the case. I think nostalgia sums up the situations, the experiences and the people that one looks back at fondly because they have armed us with the energy, the attitudes, and the ideals that have helped us, and continue to help us, deal with our circumstances, overcome our fears and difficulties, and go through our lives with a measure of confidence. In short – that of our past that sustains us through our present, and keeps us optimistic as we look to the future.

Some of you would recognise this phrase from Ian Anderson and Jethro Tull’s marathon song ‘Thick as a Brick’. (This is not to be confused with its sequel – Anderson’s TAAB2 of 2012.) 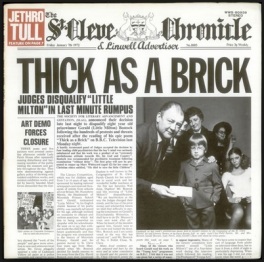 If you haven’t heard the song yet, you should – it’s an amazing piece of rock music with lyrics that offer multiple interpretations, (should you be inclined to attempt interpretation).

I’ve used the line to start with because, though Anderson may have used it in a different context, every time I hear the song, this particular line brings back to me the image I’ve always had of Biggles, the flying ace – in his cockpit as he taxis in after a sortie, in flying gear,his goggles atop his leather flying helmet, his face generally grimy from oil-spray and exhaust fumes except around the eyes, where the goggles would have provided protection. 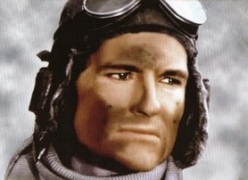 I’ve brought the line in again to share a different set of thoughts, more in the sense of Anderson’s context.

His particular verse is:

So! Where the hell was Biggles when you needed him last Saturday?
And where were all the sportsmen who always pulled you through?
They’re all resting down in Cornwall
writing up their memoirs for a paper-back edition
of the Boy Scout Manual.

Some take this to be Anderson’s averment of the meaninglessness of icons or heroes. Doesn’t the ‘…always pulled you through…’ seem to indicate otherwise, though?

In hero-worship we consider our icons with awe, and believe they are superhuman and therefore beyond emulation. As a result, when in circumstances that we feel are beyond our capabilities, we wish our icons were by our side to see us through. “Wish you were here”, is the thought. And sometimes, the thought that they are by our side helps us bear with these circumstances till they pass (and, one way or another, they do pass).

In role-model emulation, while we may consider our icons with awe, we believe that they set certain standards or make us aware of certain possibilities to which we can lift our own capability and effort. “Thanks for showing me the way, I think I can take it from here”, is the thought. And sometimes, in coping on our own, we achieve levels that we think our icons would themselves have been proud of.

So, if our heroes weren’t there when we ‘needed them last Saturday’, it was merely because our response to our situation was “wish they were here” when it should’ve been “what would they have done had they been here”.

On occasion, we’re smart enough to realise that we are best served by the latter actions, supported by the former. The thing to do, perhaps, is to increase the frequency and regularity of those occasions!